The Best Ever Football BETS made by punters! 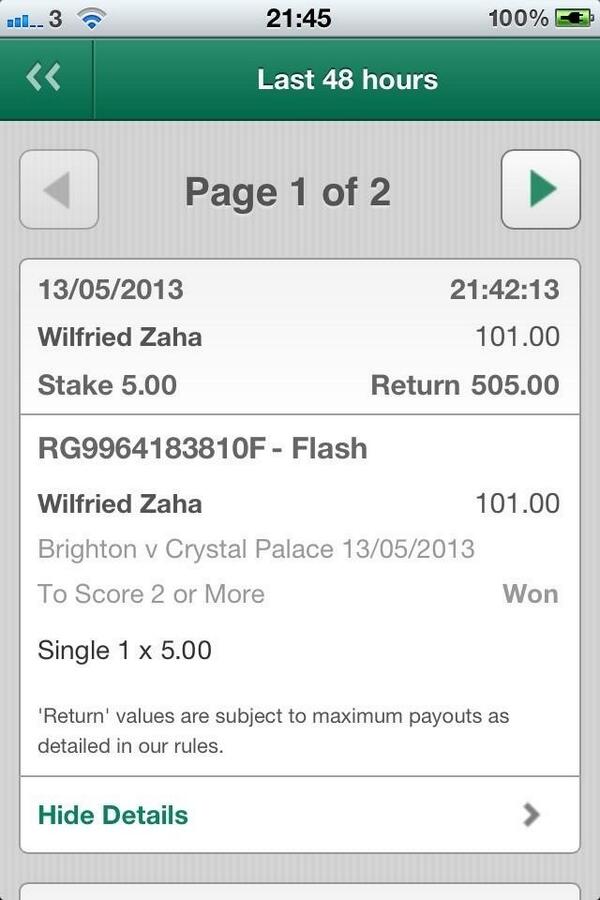 We all love to win money and to beat the bookies. Of course it’s not the easiest thing in the world to do, and because of this the reward is always satisfying whether it’s a £5 win or £5000 win. But we all one day hope we can upset the odds and bash the bookies in a remarkable way. Here’s a collection of the greatest football bets ever made.

A man from Edinburgh has won a payout of £101,200 after betting on four football matches in the Scottish Cup. The Scot’s £100 accumulator paid out after all four of his chosen teams won their first round ties by four goals or more. He won when Cove Rangers beat Glasgow University 4-0, Huntly defeated Newton Stewart 6-1 and Culter beat Burntisland Shipyard 4-0. Wick Academy then beat Coldstream 9-1 to secure the payout.

“This punter obviously had a crystal ball when making his selections.”

In August 2010 William Hill were stung by a football fan who scooped a £500,000 windfall on a remarkable 30p accumulator. It came after the unnamed Manchester United fan, thought to be a self-employed businessman in his 50s, placed a single 30p stake on a 15-event accumulator.

The same man, whose winning odds of 1,666,666-to-one are believed to be a world record, scooped £157,000 from a £2.50 accumulator in 1999 when Manchester United won the Champions League final.  Was skill involved or was just another lucky punt?

Here is a phenomenal halftime in-play tip we at Clever Bets still pride ourselves with to this very day. To register for daily tips from our skilled team of tipsters click here.

If you’ve had any amazing bets, tweet us at (@CleverBets) so we can share them with the world!