Lionel Messi going to jail if guilty of tax fraud 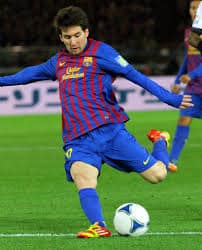 Lionel Messi must stand trial as he is facing up to 22 months in jail if he is found guilty of defrauding the Spanish tax authorities.

A story that has shocked the footballing world is that potentially the greatest football player of all time could be sentenced for tax fraud. According to Sky Sports the prosecutors had argued that the Argentina superstar had no case to answer after he and his father were accused of defrauding the Spanish authorities of nearly £3.5m between 2007 and 2009.

The prosecutors said they believed the Barca forward had no knowledge of the fraud which they alleged were carried out by his father Jorge. But the judge has now accepted the advice of the state attorney, who states that Messi should also stand trial on three counts of tax evasion.

The maximum sentence for the offences is 22.5 months. Messi and his father paid the Spanish authorities a ‘corrective payment’ of £3.7m after they were formally charged in June 2013.