By Prashant Kharbanda on February 18, 2014in CB News 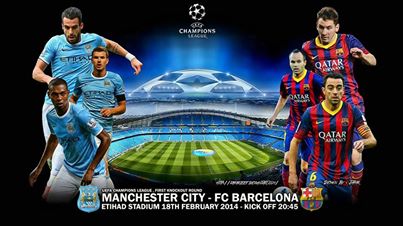 The UEFA Champions League is back and is proud to showcase a last-16 tie between four-time winner FC Barcelona and former English champions Manchester City.

Manchester City have never reached the last 16 of the Champions League before and will be facing Barcelona, who are joint top of the Spanish league, for the first time in a competitive match. On the other hand, Barcelona have only managed 6 wins in 28 matches in England. The two teams have never played competitively before, although the two sides have each won three out of six friendlies. 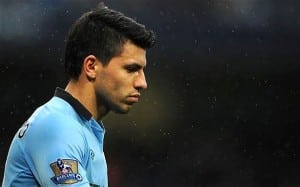 Manchester City goes in the game without star striker Sergio Aguero, who has been out since 29 January after picking up a hamstring injury in a win over Tottenham Hotspur. He has amassed 26 goals in 25 appearances for City this season. Despite that, Manuel Pellegrini do have the depth with the likes of Edin Dzeko, Stevan Jovetic and Alvaro Negredo, who has scored against FC Barcelona before for Sevilla. Manchester City also welcomes the return of Fernandinho after missing three games with a muscle injury.

The ‘holy trinity’ of Messi, Xavi and Iniesta aren’t as vital as they used to be, but the likes of Fabregas, Pedro, Neymar and Sanchez have grown in stature and everyone pulled their weight when Messi was out injured. Their ‘tiki-taka’ style of play will come to the challenge of a Manchester City team that likes to press high. 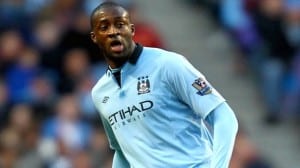 Yaya Toure will be up against his former club and will probably be the most important for his current one in this fixture. With 15 goals and 6 assists this season, Toure will need to have a huge game as he tussles with Barcelona’s star-studded midfield. 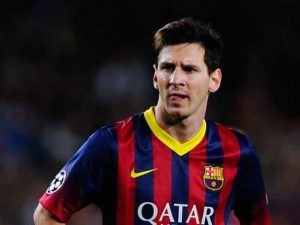 Despite returning from injury, Lionel Messi appears to have found his stride just in time for this fixture, scoring 6 goals in his last 5 games. The players around him have grown in stature but crucially, he continues to be integral to the team and remains their talisman.

What’s your match prediction for tonight? Leave below.