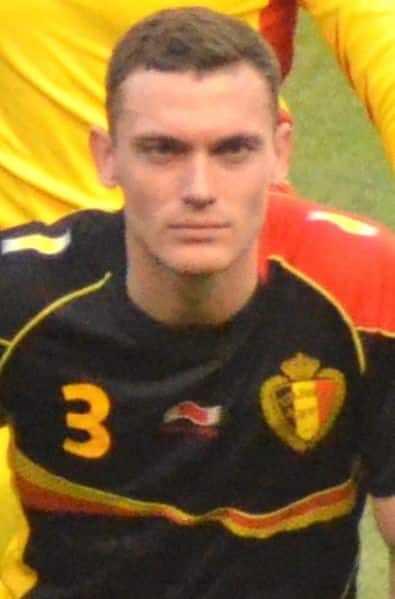 The Arsenal leader may come as a fairly cheap replacement for Nemanja Vidic, who recently left to Inter Milan after a eight year stint at Old Trafford. Barcelona looked to have taken pole position in the race to sign the 28-year-old Belgium international on Tuesday when they made a bid of £10million for the player.

However, Sky sources have revealed that United are Vermaelen’s preferred destination and the Old Trafford club will have no problem beating Barca’s offer.

Vermaelen’s future at Arsenal has been the subject of speculation all summer, with the centre-back entering the final year of his contract at the Emirates.

Manager Louis van Gaal is anxious for more signings following the club’s return from their pre-season tour in America and wants to close deals for Vermaelen and Ajax wing-back Daley Blind before his Premier League bow against Swansea City on August 16.

Executive vice-chairman Ed Woodward accepts he will have to pay a premium price for Vermaelen however because Arsenal would prefer to see him go to La Liga than play for one of their Premier League rivals.

He is no longer first choice for the Gunners, with boss Arsene Wenger preferring the centre-back pairing of Per Mertesacker and Laurent Koscielny last season.

Wenger also revealed last week he could not be certain Vermaelen would stay, as he could not guarantee the defender first-team football.

Vermaelen started just seven Premier League games last term and it seems the player is keen to move on, with United looking an ideal destination for him as new manager Louis van Gaal seeks to increase his defensive options.