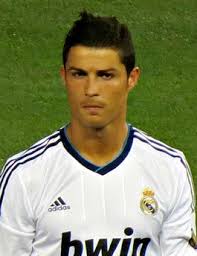 Cristiano Ronaldo has been a vital player for Real Madrid since he moved to the Spanish giants and he has improved year upon year. But is his time at the Galaticos coming to an end?

However if Ronaldo does win this competition with Real Madrid we could potentially see the end of his stay in La Liga amid interest from French giants PSG and Monaco who have the funds to tempt the Portuguese star away. Cristiano Ronaldo has became visibly frustrated during this season  because of the way of new signing Gareth Bale has seemed to get in his way by taking free-kicks and by occupying his  favored positions when the two are on the pitch. This may be another factor that influences his future plans.

In addition Ronaldo has spoke upon his desire to return to Manchester United one day and a Champions League win may be a suitable time to make his exit. Ronaldo moved to Real Madrid from Manchester Utd in 2009 for a record fee of £80 million but he still has an intimate relationship with the majority of Man United fans who adore him. We, ourselves see Ronaldo wanting to stay at least another year before deciding to move on, however weirder things have happened and we will be following this story very closely.