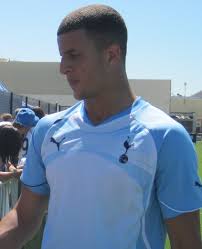 Kyle Walker issues an apology after reports emerged over the weekend that he had taken a ‘legal high’.

Kyle Walker, Tottenham defender who is currently with England on World Cup qualifying duty, was the subject of front page headlines on Sunday after photographs emerged of him taking the ‘legal high’ nitrous oxide.

The incident took place in his hometown city of Sheffield during a night out this summer, and Walker was quick to issue a statement apologizing.

“Apologies for not commenting sooner on a story about me today. I’ve been training and am focused on Tuesday’s game for England,” he said via his Twitter account.

“I won’t be doing this again and hope that no one else is influenced into putting their health at risk by my actions.”

“Now I know the health risks, it was poor judgement on my part.”

“I won’t be doing this again and hope that no one else is influenced into putting their health at risk by my actions.”

Walker was named as the PFA’s Young Player of the Year in 2012 and has won seven caps for England since making his debut against Spain in 2011.

We at Clever Bets believe that this whole situation is ridiculous and it should not be a public matter whatsoever. For this to become a main headline in papers and major sporting outlets really demonstrates how footballers have no room to breathe in this current society. They are unable to party in a legal manner with friends without making the headlines for inhaling from a balloon. Spurs defender Kyle Walker is another example of the ‘role model curse’.