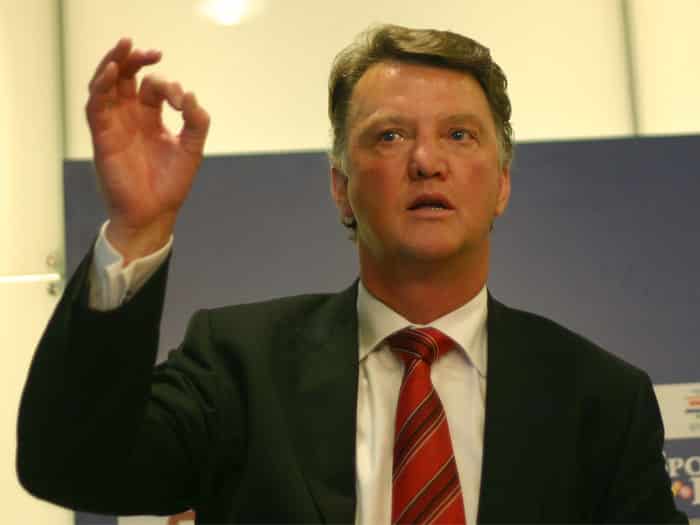 Manchester United manager Louis van Gaal claims he has inherited an unbalanced and “broken” squad. Apparently he will attempt to repair the squad by removing the likes of Fellaini and Anderson.

Van Gaal denied that succeeding David Moyes would be easier than following Sir Alex Ferguson, who won 13 titles in 26 years at Old Trafford.

In the Dutchman’s eyes, Ferguson left Moyes with a team of winners. He says he is inheriting a “broken” squad awash with attacking midfielders. 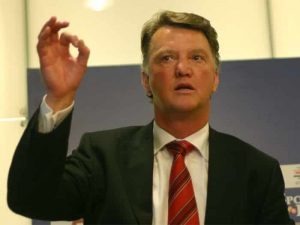 “No,” Van Gaal said when asked whether following Ferguson would have been harder. “I don’t agree. I had to follow Bobby Robson at Barcelona the year after he won three titles and there wasn’t a problem (Van Gaal won the league that year).

“When there is success you have a very good squad, and now I have to follow and the squad was broken I think.

“When you look at the squad, there is quality. There is [Wayne] Rooney, [Robin] van Persie, [Javier] Hernandez, [Danny] Welbeck, but you also see Juan Mata, Fellaini, and you see [Ander] Herrera. There are a lot of players that can play in the same position.

“It is not in balance. It’s more difficult to succeed in a difficult situation than in a fantastic situation.”

Van Gaal will look to address the imbalance in his squad by moving Fellaini on with reports suggesting, again, that he has made it clear to senior United figures that the £27.5-million signing by Moyes does not feature in his plans.

Napoli are said to be interested in the Belgium midfielder, who returned to training at United’s Carrington training base on Monday, and United are reportedly prepare to take a hit on the price they paid for him, being ready to sell for around £13m. However, Napoli manager Rafael Benitez is thought to prefer a loan deal.

Van Gaal will also address the squad imbalance by trying to sign at least two players over the next three weeks – rumoured to be Thomas Vermaelen and Mats Hummels.

He has been monitoring the recovery of injured Roma midfielder Kevin Strootman, who is valued at £79m, while the club is also thought to be keeping tabs on Real Madrid winger Angel Di Maria.

Van Gaal insists he will not pay over the odds for any transfer targets though after spending more than £50 million on Herrera and Luke Shaw this summer. The manager has been told he can break transfer records

“I don’t buy players for buying players – I buy players to improve my selection,” Van Gaal said. “First I have to see what we need in all the positions from the system we shall play. At this moment, I don’t know for sure if we will play this system [4-3-3].

“When we play 4-3-3 we will use more or less the same players. But I will need more specialists on the wings and more attacking players – then, we have to buy another type of player.”

United fans can expect Van Gaal to use that particular system more often as it means he can accommodate Rooney, Van Persie and club-record signing Mata in the same team.

Rooney impressed in the club’s recent friendly victory against Roma and earned special praise from his manager. The England striker is desperate to claim the United captaincy and wants to star under Van Gaal. However, his manager insists he still needs more time to determine who will captain his side in the new season.

“For me the choice of the captain is always very important. He is the captain on the pitch and he can enlarge my influence but he needs to have the same philosophy and way of seeing life. It’s not simple to choose so I need time to do that,” Van Gaal said.

“It’s dependable on personality. The captain doesn’t have to be the most senior player. For me, it’s more about the personality and mentality and the way he stands in life is very important.”