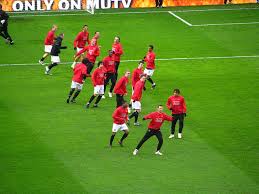 So David Moyes has left the Man United ranks after a disastrous season whereby he failed to land the signings he was after. Last summer resulted in Moyes landing a last-minute panic buy in Marouane Fellani. On the other hand new manager Louis Van Gaal wasted no time when he secured his first 2 signings Ander Herrera, 24 from Athletic Bilbao and Luke Shaw, 18 from Southampton for a combined fee of near £60 million.

Manchester United have been busy in the transfer window this summer, having signed the likes of Radamel Falcao, Angel Di Maria and Ander Herrera. The Manchester United fear factor is back! Have a look at their likely starting lineup below.

So that’s what we reckon we’re going to see in Man United’s starting XI. Who’s in your Manchester United starting XI? Leave a comment below.