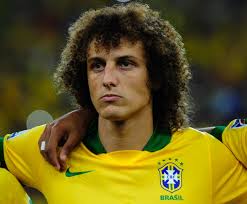 Paris Saint German are finalizing a spectacular deal to bring David Luiz to France for £40  million from Chelsea according to Sky sources.

This will make the Brazilian the most expensive defender in the world. David Luiz, 27, appears to be deemed surplus to requirements by Chelsea boss Jose Mourinho. Skipper John Terry has signed a one-year extension to his contract, and Gary Cahill has been a fixture in the heart of the Blues defence.

Branislav Ivanovic is also capable of playing as a centre-back, and Mourinho – who has used Luiz predominantly as a defensive midfielder – is also known to be a fan of rising youngster Tomas Kalas.

David Luiz joined Chelsea from Benfica in 2011, in a £23.5m deal during the January transfer window, and he still has two years left on his contract at Stamford Bridge. The Chelsea star is now on his way to Paris for an astonishing £40 million.

We are gobsmacked by this fee. What do you guys think? Let us know by commenting below.