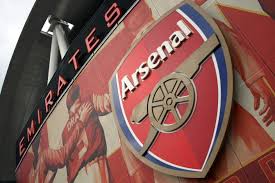 Gunners boss Arsene Wenger has been given a boost in the pursuit of the 22 year old French forward after Griezmann admitted he could leave his La Liga club in order to assist his push for a first call-up to the senior national team set-up.

“I am relaxed about my future at the moment,” he told radio station RMC .

“I have not had talks other clubs yet. This is something to look at.

“I want to play for a leading European team and I hope this can help me get a place in the France team.”

Arsenal failed with a £12m bid for Griezmann and have been told to fork out twice that amount if they want to land the talented wide-man, a bid that Wenger may be more likely to consider now that Theo Walcott has been ruled out for the rest of the season.

Griezmann is into his fifth season at Basque side Real Sociedad and has been in marvelous form, scoring 12 goals in 17 La Liga fixtures this term, a strike rate that is phenomenal for any player not plying their trade for one of Spain’s giants Barcelona or Real Madrid.

What are the chances of it happening? 7/10 for me.